The Evolution of Addiction Models: How Drug Rehab and Alcohol Treatment Program Thinking in Canada has Evolved 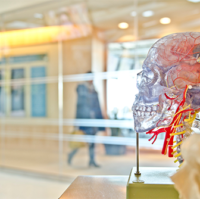 The twentieth century saw serious scientific inquiry into addiction and addictive behaviours. The two main addiction models that sprang forth from the discourse are contradictory, and new theories are bringing us closer to a middle ground. These two models were the moral model and the disease model. In response to the pervading idea of sinful addicts, the ‘disease of addiction’ came about which removed the burden of blame from the substance user. However as the field of addiction increases, more models have sprung forth as well as studies on their effectiveness. Following an overview of historical models, we will discuss the newest evolution of addiction models.

In the 18th and early 19th centuries addiction was seen as a moral affliction, and that alcohol or drug users had poor character. These people were jailed or sent to mental hospitals with no real care. This moral failing was often strongly tied with sin and they were considered spiritually fallen.

The 12 step model of treating addiction, as created and dispersed by Alcoholics Anonymous (AA) was founded in 1935 by Bill Wilson and Dr Robert Smith. This was based on the disease model, stating that addicted people have no control over the substance and its addictive powers. A key part of the disease model is that it is irreversible, and because it cannot be cured, lifelong abstinence is necessary.

In the early 20th century Sigmund Freud was developing his own theory, one that still informs modern psychology today; the concept that traumas from childhood go on to inform our adult decisions and coping mechanisms. Many clinicians use this theory in counseling to determine if present difficulties are predicated by childhood experiences.

For most of the 20th century, substance use was thought of as strictly a physical dependence and associated physical withdrawals. In the 1970s the narrative shifted to considering that a person’s drug use was informed not just by the drug’s physical effects but also by behavioural and societal factors, as well as the actual “high” of the drug. This model suggests dependence is a learned behaviour, as well as a normal facet of human behaviour which is only problematic when someone experiences negative consequences of their drug use yet continues to use.

A model that has gained traction in the last 20 years, it builds upon the social learning model by viewing society itself as a factor in making certain demographics more at risk for drug abuse. Therefore, the solutions in this model are larger scope and look at ways to alleviate poverty and discrimination. Drug rehabilitation and alcohol treatment in Canada has been heavily influenced by all these various models of addiction through the years.

The Modern Take on Addiction Models

Today, neuroscientists and psychologists are realising that the brain disease model ignores important factors in addiction. Namely that there is a level of choice involved in taking drugs, that people respond to incentives, and that there are usually underlying social or mental health reasons for beginning drug use. This new outlook combines almost all of the models proposed over the years.

Most Canadians know at least one person in their life who used to have problems with drugs or alcohol but chose to change their life. A true disease, like cancer, gives no choice to the person to have the disease or not. “Addiction and the Brain-Disease Fallacy” uses examples of addicts recovering without medicinal help to disprove the disease model. Substance users who respond to incentives like not losing their job/family/home and are able to make a choice to stop using reinforce this evidence. This paper shows clearly the reasons why addiction must be looked at as a choice. This is not to say it is a moral failing, but rather changing the definition allows for more accurate treatment models to be developed.

Another paper, “Addiction: Choice or Compulsion” walks the line between the moral and disease model by arguing that addictive behaviour can be both a choice and compulsive. “Alternative Models of Addiction” looks at many studies and offers a way forward, past the polarization of previous theories. Collating recent theories and data, “the need to give equal attention and weight to the historical, contextual, and biological factors that are significant in addiction, to move forward in understanding and responding to the problem” is necessary.

If you are looking to learn about addiction models used at different treatment facilities, contact our specialists. This website is one of the top directories in Canada of drug rehabilitation, alcohol treatment, and other programs to combat addiction, from Vancouver to Toronto, Edmonton to Calgary, and everywhere across Canada. For example, use this website to find a listing of drug rehab programs in Vancouver.

The post The Evolution of Addiction Models: How Drug Rehab and Alcohol Treatment Program Thinking in Canada has Evolved appeared first on Canada Drug Rehab. 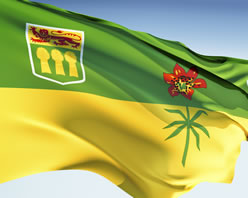